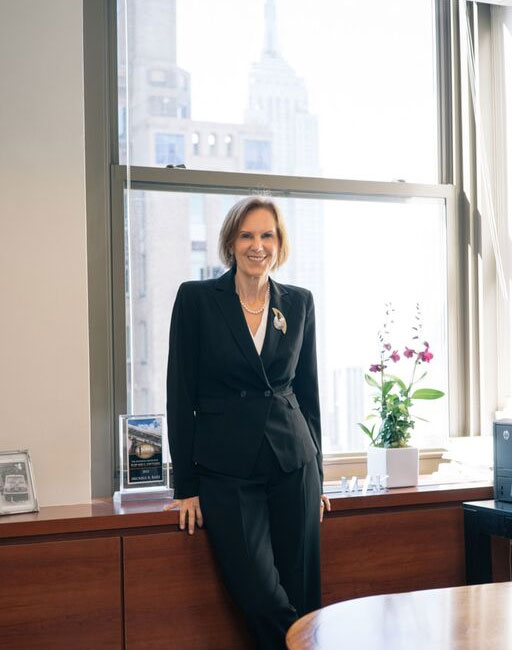 After more than twenty-five years of practicing Matrimonial and Family Law as a partner in a premier matrimonial firm, Ms. Katz established her firm to provide her clients all the benefits of a larger firm—depth of experience, superior legal expertise, and astute judgment—in a small firm culture. Clients receive and appreciate her attention to detail and the undivided attention she gives to their matters from the initial consultation through conclusion.

With over thirty-seven years of experience, Ms. Katz regularly achieves favorable settlements for her clients. She is a Certified Mediator often called upon to work with both parties to reach a negotiated settlement. If matters are incapable of settlement, she litigates. Her extensive trial experience includes having conducted trials of complex financial and custody issues, and her appellate experience includes having argued many times in state appellate courts.

For over fifteen years, Ms. Katz has been consistently selected for inclusion in the Best Lawyers in America, consistently recognized by her peers as a New York Super Lawyer, consistently included in the Best Lawyers in New York, and named one of the Top 50 Women Lawyers in New York. She is listed in Who’s Who in American Women. She maintains the highest Peer Review A+ rating in Martindale-Hubbell, received the highest possible AV rating in both legal and ethical standards, and was selected by the Judiciary and her peers for inclusion in the Judicial Edition of Martindale-Hubbell.

Ms. Katz has lectured and served on panels addressing the full spectrum of financial and custody issues, and has served as a facilitator in various parenting education programs established by the New York State Supreme Court to educate parents about the effects of divorce on children.

Association for Family and Conciliation Courts

Interdisciplinary Forum on Mental Health and Family Law (Past Co-Chair)